About:
Prior to 1912, Torrance was part of a Spanish land grant belonging to the Dominguez family. The land was largely unpopulated, open, dusty plain. By 1912, a real estate developer from Pasadena named Jared Sidney Torrance had purchased 2800 acres to make his vision of a "Modern Industrial City" a reality. Police services during this period were provided by Los Angeles County in the form of a Constable stationed in Lomita. During these early years, the City's physical layout followed Jared Sydney Torrance's master plan. Along the City's eastern boundary, J.S. Torrance envisioned commercial and industrial zones physically separated from residential areas to the West. The reason for this design was due to the great amount of smoke generated by the City's early industries. Winds blew dependably from the West and generally kept the residential areas free of smoke. Today, this wind continues to provide residents relief from heat and smog. Torrance has 1.5 miles of lifeguard-patrolled beach, bath-house facilities and public parking, 6 public libraries, as well as 46 park and recreation facilities, offering a range of activities and amenities.

Area and Location:
Torrance covers roughly 21 square miles and is situated in south western Los Angeles County, bounded by the Pacific Ocean on the west.

Climate:
Torrance, California, gets 14 inches of rain per year. The US average is 39. Snowfall is 0 inches. The average US city gets 26 inches of snow per year. The number of days with any measurable precipitation is 22. On average, there are 279 sunny days per year in Torrance, California. The July high is around 77 degrees. The January low is 49. 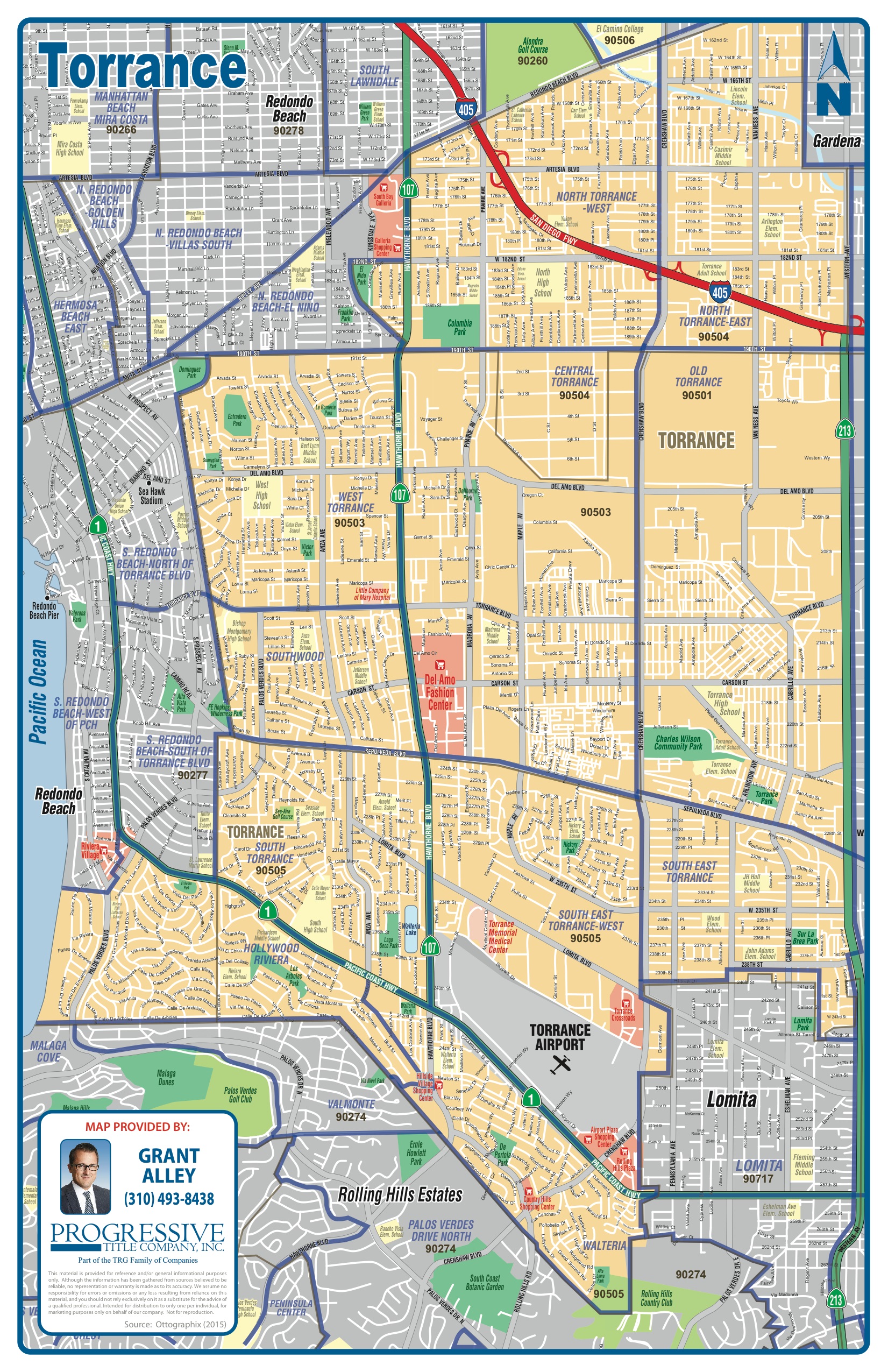 Find a Home in Torrance